Nicola Lennon has asked us to pass on this information about a new scheme from Cartoon, designed as a bridge between animation education and the supports provided by the Cartoon organisation. Designed for final year animation students and recent graduates, Cartoon Springboard is looking for TV Specials, TV series, feature films and cross-media projects. Deadline is 7th September 2015! Some successful projects will be chosen for presentation at Cartoon Forum, Cartoon Movie or Cartoon 360. Exciting!

Thinking on from last week's Symposium discussion with John Parry on 'A Manifesto for Animated Filmmakers in the 21st Century', Donald Taylor Black has asked about other 'animation manifestos'. I responded immediately that most animators don't feel compelled to consider their practice identity in terms of manifesto creation, so animation manifestos are rare. Svankmajer's 1999 'Decalogues' is already quoted in my dissertation draft, but a cursory google search throws up a selection of other animation manifestos...

Walt Disney's 1995 8-page 'letter to himself' (actually a letter to Chouinard's Don Graham) lays out the fundamentals for 2D classically drawn animation pedagogy - how to teach animators to draw better, to analyse action systematically and to build comedy into animation performance. A seminal document, even if Uncle Walt can be forgiven for universally describing animators as 'men'. 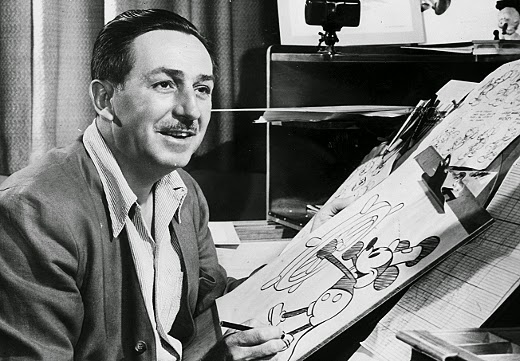 A very different approach fro 1960's Japan 'The Three-Person Animation Manifesto: Toward the Creation of New Images' By Kuri Yoji, Manabe Hiroshi, and Yanagihara Ryohei. 'New processes and technologies must go hand in hand with new modes of consciousness. Therein lies the path to the creation of truly new images.' 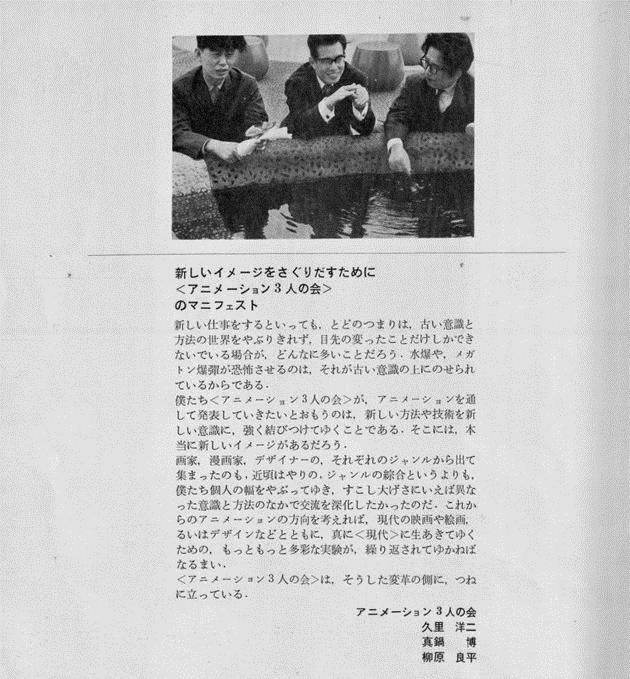 Tatarskiy quotes pedagogue M. Gurevich in the journal "Children's Literature" [Detskaya literatura],  "...in today's production of animation a strange, yet characteristic trait is readily noticeable: a gaping chasm between the forays of select seekers and the routine production of most others, between the flood and the works which are marked with the stamp of individuality." Tatarskiy is very much arguing for the 'select seekers'. "Animated filmmaking is practically the first art form which is encountered by a child." He also points out some of the parallel track 'siloing' which has always formed the environment through which animation and animators must navigate... "but here's the tragedy: our animation, on one hand, and artistic criticism, pedagogy, psychology and sociology, on the other, seem to move through completely different spacetime boundaries, and they never meet..." 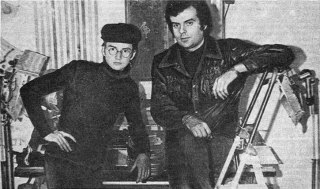 And from Stuttgart two years ago (April 2013), a manifesto arguing that German commissioning bodies (especially broadcasters) to be clear and transparent in relation to budgets, programming and commissioning. This manifesto also calls for support for feature animation as a form, for adult animation and the maintenance of 'a diversity of cultural identity.'

Remember there is only one form of ‘poetry’. The opposite of poetry is professional expertise.
Surrender to your obsessions. There is nothing better.

Use animation as a magical operation. Animation isn’t about making inanimate objects move, it is about bringing them to life.

Keep exchanging dreams for reality and vice versa. There are no logical transitions.

The deeper you enter into the fantastic story the more realistic you need to be in the detail.

Imagination is subversive, because it puts the possible against the real. That’s why you should always use your wildest imagination.

Always pick themes that you feel ambivalent about. This ambivalence has to be strong (deep) enough so you can walk on its edge and not fall to either side or even both at the same time.

Cultivate your creativity as a form of self-therapy. Such an anti-aesthetic attitude brings creativity closer towards the gates to freedom. If there is any purpose at all in creativity it is that it liberates us.

Always put the continuity of your inner vision or psychological automatism before an idea. An idea, even the greatest one, shouldn’t ever be a sole motivation for wanting to make a film.

And Svankmajer's parting suggestion is that such 'rules' are there to be broken, with perhaps one exception...

Never subordinate your personal creativity to anything but freedom.

I could also quote our friends and IADT graduate Eamonn O' Neill from his April 2014 IADT AnimSoc talk... Perhaps not quite a manifesto, but still some key human and animation learnings for us all!

99.9% of engineers do NOT make guitar pedals...
Be transparent (be open and honest with people)... (this actually comes from Eimhin)
It HAS to be human!
Make rules, set boundaries and start thinking about your work... Rules shouldn't be arbitrary, they should be based on the emotional intent of your film...
Just because you can, doesn't mean you should... Be economic.
Have BALLS - be scared - safe is boring.
Personal is universal! The more personal it is, the more universal it is.
Make work and show people. (get it out there, you don't know who's watching) from eamonnoneill.ie
You get the work that you DO!
BAD experiences are STILL experiences.
There's politics and bullshit EVERYWHERE!
The grass is not always greener.
Reach out, ask questions, be a sponge.
You make your own luck (good luck follows hard work, work hard and get lucky)...
Learn always, because skills are brillz...
GO for stuff, you have nothing to lose!
It's okay NOT to know!
Don't plateau (just keep moving forward, keep trying to progress)
Say thanks - don't be a dick to people, there's enough dickheads EVERYWHERE!

Thanks to ALL the participants in yesterday's morning symposium for my research MA! Special thanks to John Parry MA RCA for delivering a probing and provocative keynote speech - your hard work was really appreciated John! 'animism' and 'confidence' were two central themes for me!

The discussion afterwards (on 'A Manifesto for Animated Filmmakers in the 21st Century') was extremely valuable and lucrative, clarifying and 'framing' many of my research findings and discoveries and posing questions and threads for future exploration. Some really considered, heart-felt contributions to the debate! We started the manifesto ideas with Laura's proposal of 'failure' and ended with Michael Algar's telling and decisive 'so what?' observation about 'disruptive change'.

Also thanks to Aidan Hickey, Edith Pieperhoff, Eimhin Macnamara, Michael Connerty, and Tara Ryan who couldn't make it on the day. And remembering the late Jimmy Murakami who did the first interview for my research - we miss him!

Next, finishing the dissertation and delivering the 30 minute rough-cut of the reflective documentary before the summer - thanks for all the kind comments and suggestions about the documentary slugs I screened yesterday.

I can see light at the end of the tunnel! Thanks to my learning network!

http://www.incite-online.net/jonasmekas.html
Posted by DT Quin at 01:53 No comments: